Set in 2 acres of mainly lawned gardens. The house overlooks the pool and sun terrace. There are plenty of mature trees to shade under. A shallow river runs through the end of the garden.L’horte sleeps 6 but we can add 2 single beds if required

Lovely surrounding countryside with lots of ...

...places to visitThis very spacious house . It is divided over two floors. Downstairs there is a substantial, bright lounge with French doors leading to the large garden. There are comfortable sofas to relax and unwind, read or simply just chill. Off this room is a dining room which seats 10. A downstairs toilet and off the hall there is a well equipped kitched which also seats 10.Upstairs there are three charmingly furnished bedrooms. Enjoy waking up in the fabulous master bedroom with super king size bed, feel the heat pouring in through the window. The other two bedrooms have double beds. There is a TV room with two additional beds if required. There are two shower rooms on this floor.The TV room can be a great escape from the midday sun with comfortable seating, UK television and French doors leading out on to a stairs which leads down to the pool and terrace. 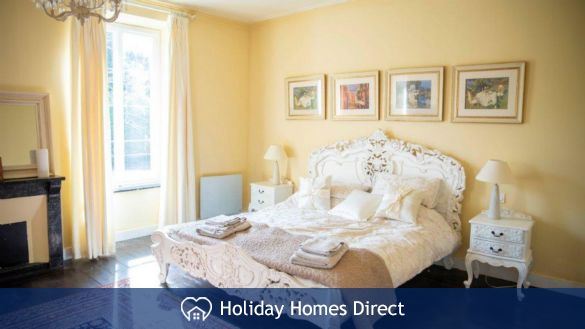 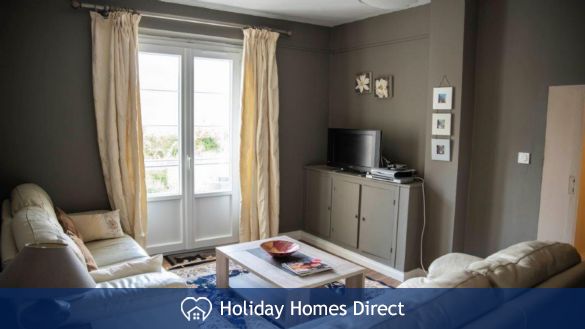 The Languedoc is steeped in history; the Cathars and their religious wars and invasions. Good book at the side of the bed upstairs on Cathar History worth a read. There is a rich culture and lots of beautiful fortified towns such as Carcassonne – a restored medieval citadel – and Beziers which is known for its bull fighting, Montpellier is the capital and is a huge, lively and majestic city. The Languedoc is one of the most popular regions of France because of it’s close proximity to the Mediterranean coast with its fantastic beaches and all year round sunny climate.The landscape is stunning – gentle sandy coastline which includes the Camargue, which is marshland reaching into the sea. Flocks of flamingos gather there during the summer. Spectacular herds of wild horses can be seen running through the countryside and beaches. This countryside is remote and dry, making the walled cities appear all the more exciting and romantic.Further south, the sunflowers and enormous stone barns of the Aude give way to the dramatic scenery of the Pyrennees mountains. The Pyrennees are remote and have a few controversial wild boars wandering through the woodland, as well as supporting a thriving winter sports industry.There are two main airports and several airlines that serve the Languedoc region

Carhire available at all airports

Note: All prices per week for 7 nights

Other holiday homes in Languedoc Roussillon