Although it's closeness to the city centre, the complex is actually located in a very quiet an relax area surrounded by vegetation, lemon and orange trees.

The apartment is large size about 65 sqm (4+1 sleeps) provided with two double bedrooms with air conditioning, a living/dining room with single bed (on demand), television set and cooking side (kitchen corner), two shower-bath with hydro massage and have a large view window/wall.

...your breakfast or dinner.

You can book, also, this apartment together with other independent apartments located in the same complex for you large family or group of friends. 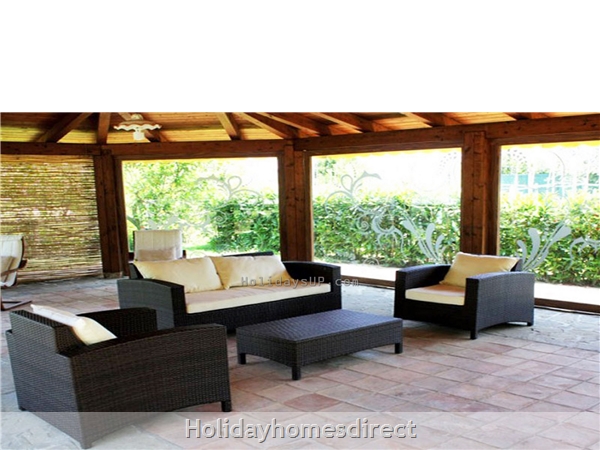 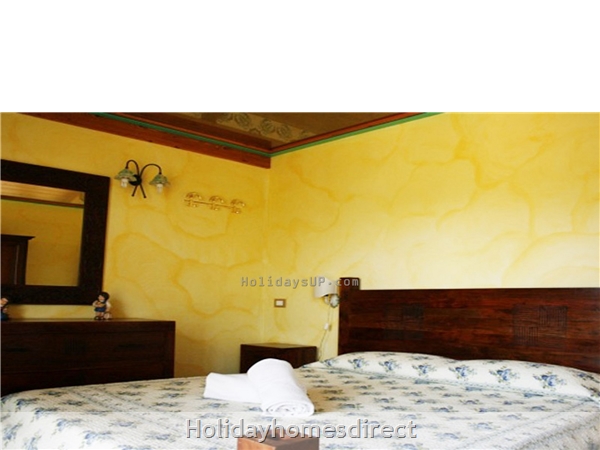 The green of hills and the blue of the sea of Campania region is very famous tourist place and is rich of magnificent places to visit. The region has Greek's origin, and it was centre of holiday already at the time of the Roman Empire, in fact, still today in Sorrento is possible to find ancient roman villas and the old city walls as testimonial of it.

Sorrentine Peninsula, Gulf of Naples, Amalfitana and Cilentana Coast, the Islands in Capri, the Island of Ischia and Procida, Palace of Caserta, Archaeological excavations in Pompeii and Herculaneum, Naples, Paestum, National park of the Vesuvius, Sanctuaries, Churches and Monuments, Museums and good food.

Campania region it's an ideal position for tourists coming from every part of the world and offers to unforgettable excursions and is an ideal place to spend holiday, due of the mild climate, during any season of the year.

A little town near Naples, overlooking the sea. Its historical centre, surrounded by the ancient town walls, is typical of a Roman city with streets that intersecting themselves formed a net-shape. The historic streets, filled today with vibrant shops selling various goods, form interesting artistic routes winding along churches and ancient buildings.

Here it’s possible see the Dome, the Church of Saint Francesco from Assisi with its fourteenth-century monastery and the Correale of Terranova Museum where Greek and Roman finds, collection of inlaid wood works, porcelains’ Capodimonte and paintings from the 17th and 19th centuries are to be found. Along the coast, the Roman ruins of the Pollio Felice’s Villa are the destination of many tourists who love swimming in the baths of the Queen Giovanna.

A traditional holiday place, with many hotels dipped in the silence and surrounded by the greenery of lemons and orange groves, small parks, gardens and limpid sea… the sea where mythological mermaids tempted Ulysses with melodious songs.

Sorrento and the Sorrentine Peninsula

Sorrento offers to its visitors a wonderful view over the gulf of Naples and the isles of Capri, Ischia, and Procida. The coasts are very irregular, with small hidden creeks and beaches created because of the erosion by the sea.